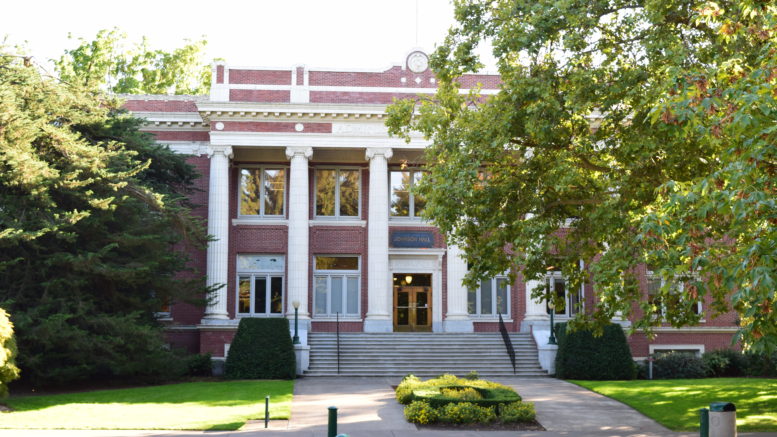 Last week, Gabe Paquette, the new Vice Provost for Academic Affairs, introduced himself to the Senate and answered a few questions from the Senators. Several times over the course of his remarks, Vice Provost Paquette asserted that the Provost’s Office would be using the standards for promotion and tenure contained in the CBA when evaluating P&T files, such as a sustained record of scholarship. He particularly cited the CBA’s alleged requirement that candidates for promotion have a “sustained” record of scholarship.

This is incorrect: the CBA provides guidelines for departments and units when they establish review criteria, not requirements for promotion or tenure. When Vice Provost Paquette made these remarks, he was aware that the union vehemently disagrees with his interpretation of the CBA. We currently have an arbitration on this very issue scheduled for March 17.

Instead of acknowledging this dispute, Vice Provost Paquette chose to make assertions about the CBA as if the union and the administration were in agreement, lending his assertions legitimacy by implying that they were endorsed by United Academics.

We continue to maintain that the standards for promotion and tenure should be set by the faculty in the departments and units, and those standards should be written and published so the candidates know what it takes to be successful.

The primary people who should judge whether a candidate has met the standards should be the faculty in the department or unit and the faculty in the candidate’s field. College committees, deans, and the Faculty Personnel Committee all have a role to play, but the system designed by the CBA places the judgment of peers – the people who know the field best – at the center.

Vice Provost Paquette told the senate that the CBA has a requirement that candidates for promotion have a sustained record of scholarship. But, when we bargained the CBA, we deliberately did not include standards or criteria for reviews in the document (see Article 20, Section 3). We knew that there was no way the relatively few people who were negotiating the agreement could possibly have the breadth of knowledge needed to account for all of the variances in disciplines. Instead, we designed a system where the faculty in the departments and units would set the standards for promotion and tenure that comported with the expectations in their particular field. We set some broad outlines for what those policies should contain, but we did not set required standards.

These broad outlines are spelled out in Article 20, Section 4. It reads:

“Section 4.  Each department’s or unit’s promotion and tenure criteria are intended to be consistent with those of other major research universities and shall include expectations, including the proportional weights, for each of the following, as defined by each department or unit:

a. Sustained high-quality, innovative scholarship in the faculty member’s discipline, demonstrated through a record of concrete, accumulated research or creative activity;

b. Effective, stimulating teaching in courses taught and in contributions to ensuring academic success for undergraduate and graduate students, as applicable;

These criteria will be available on the Academic Affairs website and in the department or unit.”

While the CBA asks each department and unit to define what constitutes “sustained, high-quality innovative scholarship,” it in no way sets any kind of standard. As we have said, a unit could require their faculty to publish 100 papers every year, or it could require them to publish one paper every 100 years. An “accumulation” of scholarship does not indicate that sustained scholarship must be at an equal pace over the review period. The CBA sets no standard and no expectation; we deliberately left that to the departments and units because of the wide variation among disciplines.

Unfortunately, the administration has chosen not to read the CBA this way. They have decided that a gap in the publication record or slower rate of publication should disqualify a candidate from achieving promotion. They have repeatedly asserted that the language of Article 20, Section 4 creates a standard for tenure and promotion that requires a candidate to have “sustained” scholarship. They have further maintained that the Provost can unilaterally determine what constitutes sustained scholarship using his own judgment. As Vice Provost Paquette stated at the Senate meeting, they will apply their unstated standard for sustained scholarship on a case-by-case basis.

We reject the administration’s attempt to create new, undefined criteria for promotion and tenure, and we reject their assertion that the CBA contains standards that allow them to act unilaterally in imposing new, unstated criteria for review.

In addition to our arbitration next month, we will attempt to clarify these issues at the bargaining table. We will keep you informed about these efforts.