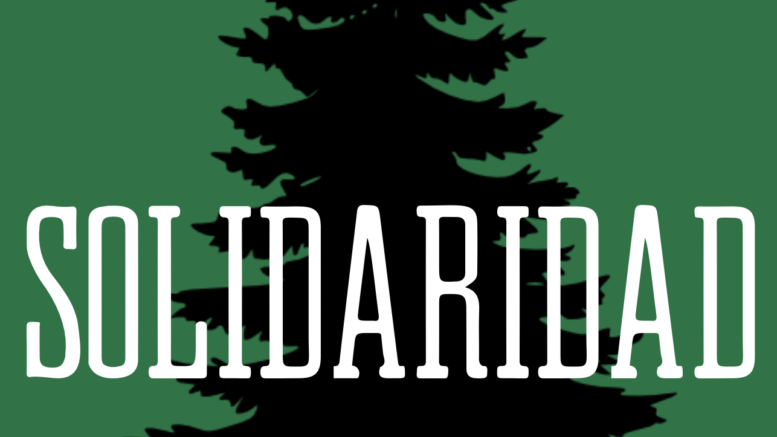 We don’t have a proper bargaining update this week, as we have not bargained with the administration for a couple of weeks. We have a session scheduled for Tuesday, April 6 from 2 to 5 pm, and you’re all invited to watch any or all of that session here: Zoom In

In the meantime, we wanted to let you know what is happening to our colleagues at the Oregon Institute of Technology in Klamath Falls. Almost two years ago now, the approximately 160 faculty at OIT formed a union and affiliated with the AAUP. For the last 15 months, they have been trying to bargain their first contract with the administration. It has been very difficult, and negotiations have broken down.

We wanted to call this to your attention for two reasons:

First, if you receive information about working as an adjunct for OIT this term, please understand that there is a labor dispute happening at OIT, and adjunct work that starts mid-term is scab work. Please don’t do it.

Second, the failure of the OIT negotiations seems to stem from three main causes. One, their administration was and is anti-union. Two, the administration hired an outside lawyer to negotiate for them. Three, the administration proposals seem designed to punish the faculty for forming a union. Unfortunately, at least two of these three conditions also prevail here at UO. We have yet to see any proposals from the administration, so we don’t know what their strategy will be with regards to rolling back our working conditions and benefits.

When the faculty at OIT formed a union, a strike was the furthest thing from their minds. They are now forced to contemplate a strike because of the intransigence of their administration. Often when we hear about workers going out on strike, we think of it as a worker-directed activity, but workers can be forced out on strike by an employer that wants to hurt the union and hurt their employees.

You can read more about the situation at OIT and find information on how you can support their union by clicking here. UA’s leadership encourages you to support the OIT faculty at this difficult time, and we hope you’ll watch and learn from their experience as our own bargaining process ramps up this term.